The villa is located in San Vito, one of the most romantic sea resorts in Sicily.
It lies directly on one of the most beautiful white sandy beaches on the Island and can be accessed directly from the villa which is a ten-minute walk from the centre of the village.
The villa is surrounded by a large garden with parking spaces for 2-3 cars.
The rooms are layed out on three levels. The kitchen and big sitting room with a terrace that looks onto the sea and the light house of San Vito, are on the Mezzanine.
On the first floor there are two bedrooms and a bathroom (with shower) and on the groundfloor there are two more bedrooms and a bathroom (with shower).
There is an airconditioner in each of the four bedrooms. The villa is fully equipped.
It is ideal for people who love the beach ,for those who do not want to use the car, and for people with small children.

IN CASE OF LOCKDOWN CAUSED BY COVID-19 THAT PREVENTS MOBILITY BETWEEN REGIONS OR TRAVELING WITHIN THE REGION, THE DEPOSIT WILL BE RETURNED. 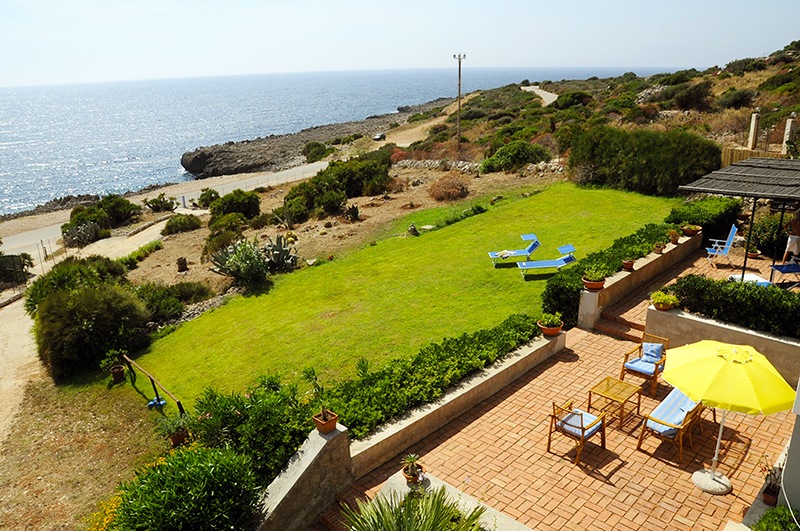 In San Vito Lo Capo, Macari,
50 meters from the beach,
with unparalleled views out
over the Gulf of Macari and Egadi. 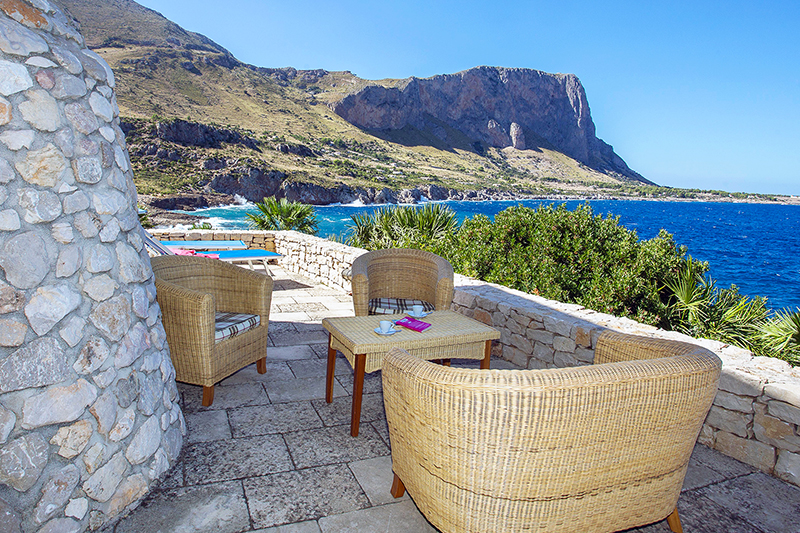 The villa and the surrounding estate are located on the coast,
along the most beautiful coastline in Sicily
on the borders of the Zingaro, a natural park. 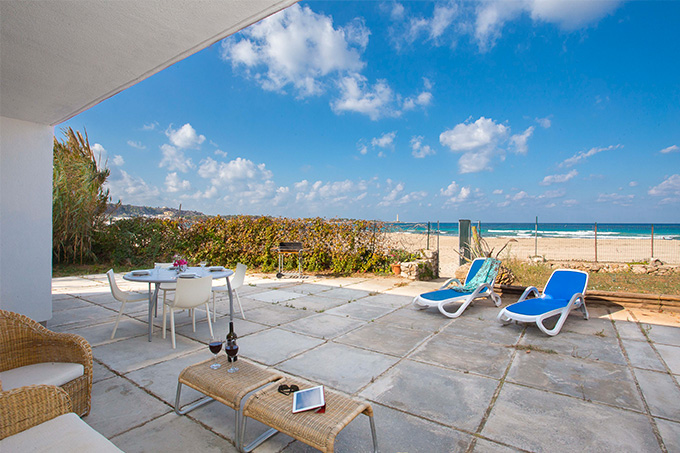 Villa on the beach of San Vito Lo Capo,
is one of the few houses that have direct access to
one of the most beautiful beaches of Sicily.